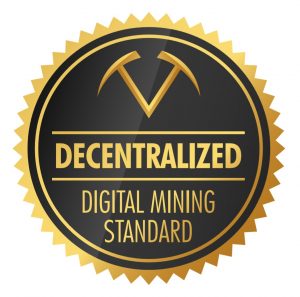 Satoshi Nakamoto’s original vision of Bitcoin introduced a decentralized network bringing together individuals who can each connect to the network and use their computing power to confirm transactions and receive rewards for their proof of work (PoW). With the gradual increase in the price of Bitcoin, mining has become a profitable occupation and very quickly turned into an industry worth billions. Professional Bitcoin mining systems were created and the search for cheap electricity around the globe began in earnest.

Today, the lack of decentralization of Bitcoin mining is apparent. Approximately 70% of Bitcoin’s mining activities are conducted in China, with the rest of the farms located in countries with globally competitive electricity prices. In addition, there is a small group of miners on the market which alone operate a significant portion of Bitcoin’s mining capacity. Over 50% of the Bitcoin mining network is in the hands of just four or five pools. Other cryptocurrencies which rely on PoW, like Bitcoin Cash, have a significantly smaller hashrate, which makes them highly vulnerable to a 51% attack.

Recognizing the risk associated with this, World Digital Mining Organization Inc. decided to take a step forward and prepare a new Decentralized Digital Mining Standard (DDMS). The aim of the standard is to:

● create geopolitical balance by fair distribution of mining power across different geographies,
● sustain mining profitability at the appropriate level,
● protect cryptocurrencies from those with huge mining power who hope to conduct a 51% attack.

Geographical diversity is vital for DDMS in order to reduce the effects of political, financial, and social limitations in any one country or region. Mining profitability has decreased as competition has vigorously increased throughout the past decade. The potential for 51% attacks is potentially imminent for numerous cryptocurrency projects. WDMO plans to provide a solution to these problems with DDMS.

DDMS will be open to every cryptocurrency eager to adopt it. To adopt DDMS it will be necessary to go through an audit procedure, which will confirm a proper level of decentralization, transparency and security. Every cryptocurrency and miner who would like to work under DDMS would need a proper license given by WDMO.
DDMS will regulate parameters, which are crucial to mining:

Development of this new protocol is in progress. The first version of the white paper detailing implementation will be released in Q3 2020.

We welcome and encourage potential contributors to join this consortium towards a new industry standard.

For info in your language, see the following links: